How to See the Difference Between Bosses & Leaders

Most people in the working world have a boss. These bosses are often leaders, but many aren’t. The difference between a boss and a leader is distinctive, and all business owners should be able to know and recognize the difference between the two when hiring their team.

The easiest way to immediately identify a boss versus a leader is in their language, and how they address team challenges. If the head of the team is caught saying things like, “I really need this to be successful,” or “Don’t make me look bad,” you can automatically tell that his or her focus is on themselves, not the team as a whole.

A leader will express things in a positive, inclusive way. Such as, “We need to work really hard to make this perfect,” or “This presentation is only as strong as each of us.” By making themselves an equal, accountable part of the team, instead of creating division, they easily identify themselves as an inclusive leader, who is invested in the well-being and success of those they lead.

To build off of the language marker mentioned above, bosses will tell, while leaders will teach. Bosses can be found in meetings or training sessions giving instructions, but not exemplifying, like a leader would. For instance, you’d hear a boss say “You need to convert more leads into sales,” where a leader would say, “We really need to focus on converting more leads into sales by building those relationships. I suggest we all reach out to our five most promising leads, and get together with them individually for a friendly lunch, to see if they are ready to make a move.”

Can you see the difference? Offering advice, including themselves in the team strategy, and encouraging success are defining qualities of a leader. Bosses can easily give directions, but only true leaders can translate those directions into motivation.

This is a marker that is easy to see but can often be overlooked. You will always be able to catch bosses playing the “blame game,” while leaders will accept responsibility on behalf of the team. This may not sound like much but is incredibly important to the team, who will pick up on it immediately.

The blaming will involve the pointing of fingers at team members, lack of accountability on the part of the boss, and the distancing of the boss from the rest of the team (by design). Leaders, however, will accept blame for any shortcomings on behalf of the entire team, will celebrate with them in their victories (no matter how small), and will help construct their criticism, and share in the necessary changes that need to be made.

This marker is the most difficult to harness, as it is a learned skill that takes years to master. Hearing and listening may sound like the same action, but one is passive, and the other, active.

Bosses will hear team members or other executives speak, share their thoughts, or give advice, but they will not really grasp what is being said. The words go in one ear, are comprehended, but are never really acted upon.

A leader will be an active listener. They will respond to thoughts of others by rephrasing the question, acknowledging his or her thoughts, and building upon them. They will keep eye contact, nod, and clarify when necessary. They will give their undivided attention to the speaker, listen to what he or she has to say, and then consider how best to respond, and enact those thoughts or musings. They will take advice into account, ponder it, and act wisely upon it. It will never be ignored.

Bosses use their employees’ suggestions by taking them as their own and submitting them to executives for their own benefit. They will not surrender any credit to others, and will continually pass off group efforts, or other individual’s suggestions, as their own organic thoughts.

Leaders, however, will not use the team’s efforts to benefit themselves, but to benefit the team as a whole. The leader will take the thoughts and suggestions of the group and find a way to incorporate them into a group presentation, or collective thought. They will also take individual’s suggestions, and make sure they are given full credit for their work. They will never steal the limelight and will make an effort to make sure that the team is always in the spotlight- not themselves.

As mentioned previously, there are leaders who are bosses, but there are many bosses who aren’t leaders. it’s important to know the difference and be able to identify when you’re hiring. Leaders will help direct your team to greatness and push your company to another level of success. Hiring bosses, alone, will get the job done, but it will demotivate employees, and cause problems where there needn’t be any. Know who you are hiring beforehand, and you’ll be much more successful, much more quickly, with a happy and healthy team behind you. 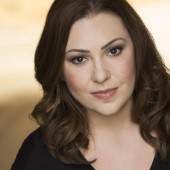 Abby Yetter is the CEO and Chief Consultant of Bright Ideas Small Business Solutions, LLC. She is a driven, enthusiastic businesswoman, with a talent for organizing the chaotic, and branding the unfamed. Abby strives to use her creativity, and experience, to solve the many problems of small businesses. With a background based in customer service management, social media, technological organization, sales, marketing, and customer experience specialties, she enjoys taking everyday complications, and finding the newest, most productive ways to execute the tasks.